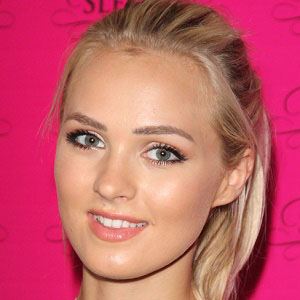 Internationally represented lingerie model who appeared in season four of the BAFTA award-winning scripted reality program Made In Chelsea.

She studied at Esher College and the Chelsea College of Art.

She signed with Nevs Model Agency in London and Okay Models in Germany.

She and broke off their nine month relationship in July of 2015.

She was featured in the music video for Olly Murs' "Wrapped Up."

Ianthe Rose Cochrane-Stack Is A Member Of