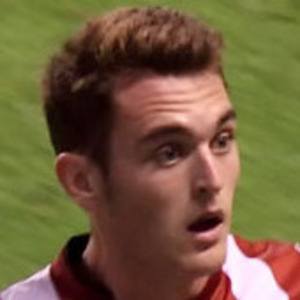 Spanish left winger and forward who has played for Deportivo Alaves. He has also played for Athletic de Bilbao.

He started playing club soccer with Santutxu FC in 2004.

He has a strong social media presence with nearly 60,000 Instagram followers and counting.

He is originally from Bilbao, Spain. He married Ingrid Betancor in 2016.

He has played on Deportivo Alaves with forward Christian Santos.

Ibai Gómez Is A Member Of