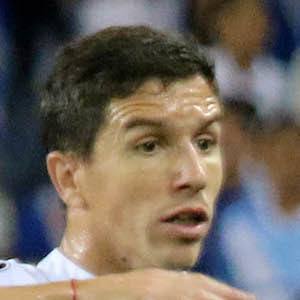 Argentina national team member who began playing midfield for River Plate in 2016. He appeared in more than 100 matches with Gimnasia La Plata between 2010 and 2016.

He was part of Argentina's national team in 2017 along side Lionel Messi.

Ignacio Fernández Is A Member Of