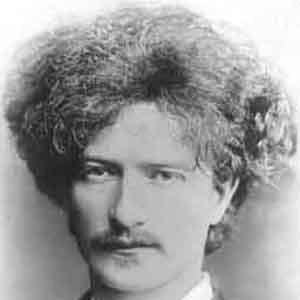 He entered into the Warsaw Conservatorium when he was 12 and would devote himself wholly to music after the death of his first son in the early 1880s.

He was Poland's representative at the Paris Peace Conference in 1919.

His mother, Poliksena, died soon after he was born, and his father, Jan, was arrested for his involvement in the 1863 January Uprising, leaving the boy to be raised by distant relatives.

He was referenced in 1953's The 5,000 Fingers of Dr. T, written by Dr. Seuss, in which pupils are told that Dr. Terwilliker will make a Paderewski out of them.

Ignacy Jan Paderewski Is A Member Of