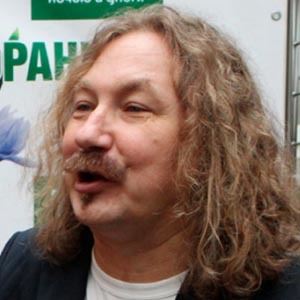 Songwriter and composer who has created songs for several Russian pop stars, including Igor Sklyar, Philipp Kirkorov and Yuri Nikulin. He has contributed music to television shows like SoumiLOVE and Kansanhuvit.

He graduated from the Moscow Institute of Culture.

He won the Golden Gramophone Award for the song "Pyat Prichin" in 2001.

He married Yuliya Proskuryakova in 2010. He was previously married to Elena Nikolayeva and singer Natasha Korolyova. He has children named Julia and Veronica.

He wrote the Alla Pugacheva songs "Iceberg" and "Ozero Nadejdi."

Igor Nikolayev Is A Member Of