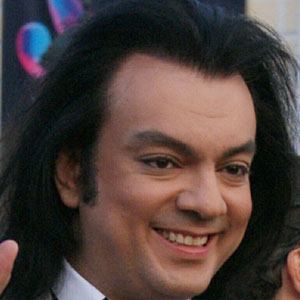 Russian pop singer who has released numerous albums since 1990 and received many honors including the People's Artist of the Russian Federation.

He first took part in Alla Pugacheva's New Year concert show in 1988 and toured with her in Germany and Australia the following year.

He won the 1993 Russian Ovation award for Best Singer of the Year in 1993 and won the international singing competition Golden Orpheus.

He married singer Alla Pugacheva, and together, they had a daughter.

Philipp Kirkorov Is A Member Of