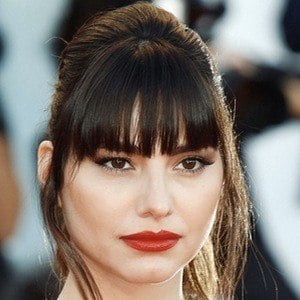 Model who is known for being a judge on Greece's Next Top Model. She competed in the Miss Universe pageant in 2011, which earned her international attention and representation from New York Models agency.

She first began earning recognition for her modeling career in early 2009. She gained further attention when she was featured on the cover of Votre Beaute Magazine in both July and November of 2010.

She is known for having won the Miss Greece pageant in July of 2011 in Athens.

She was born and raised in Patras, Greece and has a sister.

She starred alongside Vicky Kaya as part of Greece's Next Top Model during their 2018 season.

Iliana Papageorgiou Is A Member Of