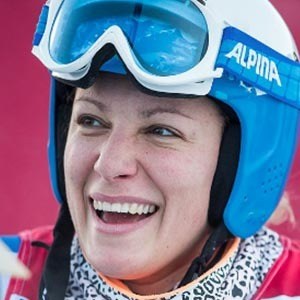 Slovenian professional Alpine skier who is known for competing in the Downhill, Super-G, Combined, and Giant Slalom events, She is best recognized for having competed in the 2014 Olympic Games and for having won the Gold Medal at the 2019 World Championships in Are in the Downhill category.

She first started gaining attention for her skiing in 2007 when she competed in the Junior World Championships in Austria where she won two gold medals in the Slalom and Combined events. She then went on to turn professional and won her first World Cup victory in December of 2016.

She is also known for having won the Gold Medal in the Downhill category at the 2017 World Championships held in St. Mortiz.

She was born and raised in Slovenj Gradec, SFR Yugoslavia.

She shared a photo with fellow professional skiers Wendy Holdener, Federica Brignone, and Mikaela Shiffrin to her Instagram in March of 2019.

Ilka Stuhec Is A Member Of