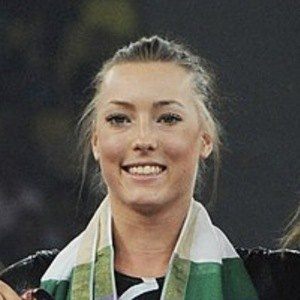 British artistic gymnast who won gold medals at the Artistic Gymnastics World Cup and Commonwealth Games in 2010. She has become famous for her remarkable ability to come back from severe injuries.

She was born in Southmead, Bristol and competed in her first Commonwealth Games in 2006.

She was one of twelve British female athletes who posed for a charity calendar shot by photographer Clara Maidment in 2011.

Her parents owned a pub in Winterbourne.

She and Rebecca Tunney both represented Great Britain in artistic gymnastics at the 2012 Summer Olympics in London.

Imogen Cairns Is A Member Of