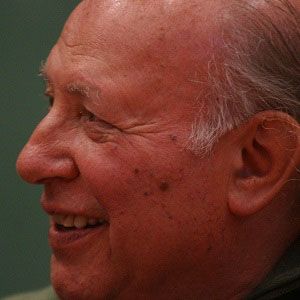 Nobel Prize-winning author and Holocaust survivor. His best-known works include Fatelessness, Liquidation, and Kaddish for a Child Not Born.

At the age of fourteen, he was imprisoned by the Nazis at the infamous Auschwitz concentration camp. He was later transferred to the Buchenwald camp.

He translated Nietzsche's The Birth of Tragedy from German into Hungarian.

He was born to a Jewish family in Budapest, Hungary.

He criticized director Steven Spielberg's film Schindler's List for its inaccurate depiction of the Holocaust.

Imre Kertesz Is A Member Of