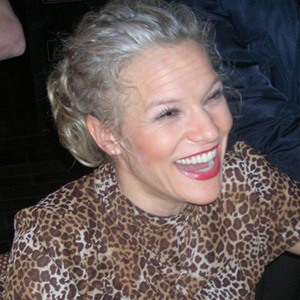 Singer who came to fame as a member of the long-running German musical comedy duo Queen Bee. She has had a successful solo career since the duo's 2005 breakup, releasing solo albums like Liebe Macht Taub (2008) and Ich Bin Die (2016).

She was plagued by health issues as a child, suffering from hospitalism until her teen years. She eventually trained to become a pharmacy technician.

She was featured in the film Beautiful Women (2005).

She is one of five sisters.

She has performed the song "De Klock is Dree" live with Johannes Oerding.

Ina Müller Is A Member Of