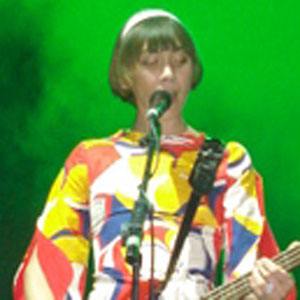 Singer-songwriter who is one-half of the indie-pop duo The Bird and the Bee, the group known for albums like Please Clap Your Hands. She is also a member of the music group The Living Sisters.

Her first album, co-produced with the scorewriter for Donnie Darko, brought her signature high-toned vocals to melodies both downcast and poppy.

She broke out of the indie pop circles after her album, All Rise, became a hit on the influential Southern California radio station, KCRW.

She was born in Baltimore, Maryland; her father was Lowell George, the founder of the rock 'n' roll group Little Feat. She and her husband have three children, Otis and twins Beau and Lorelai.

Her husband Jake Kasdan was the director of the cult TV series Freaks and Geeks.

Inara George Is A Member Of