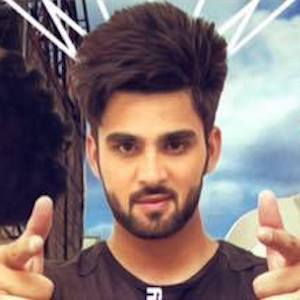 Punjabi vocalist and songwriter who is predominantly recognized for songs such as "Teri Lod Nahi," "Suit Gulabi," and "Fikar Na Kari." His popularity led to him garnering over 1.3 million followers on his inderchahalofficial Instagram account.

He launched his career as a singer in 2015, and he gave his first stage performance in Delhi.

He was romantically involved with actress Oshin Brar.

He wished fellow world music performer Kaur B a happy birthday in July 2017.

Inder Chahal Is A Member Of