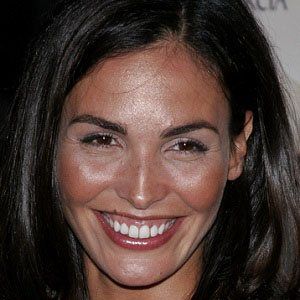 Spanish model known for her many covers on magazines like Elle, Marie Claire, and Rolling Stone.

She studied at The Sorbonne in Paris, and grew up speaking Spanish, English, French, and Italian fluently.

She was discovered when she was just 12 after booking a McDonald's commercial.

In 2006, she married -- and later divorced -- Alexandro Corrias. They had one son named Diego.

She became the spokesperson for Lancome's perfume, Tresor, after succeeding actress Isabella Rossellini.

Inés Sastre Is A Member Of