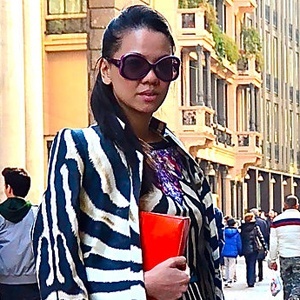 Fashion and lifestyle blogger best known for her blog, The Bag Hag Diaries. She's also the host of her own television show under the same name on Star World. She's regularly contributed to The Huffington Post-UK and the Philippine Daily Inquirer.

She was the managing editor of the top bridal publication, Metro Weddings Magazine. She left in 2007 to pursue blogging full-time.

Growing up, her father would assign her books to read over summer and require her to write book reports which developed her passion for writing.

Similarly to Joan Rivers, she was a fashionista who hosted and starred in her own TV show.

Ingrid Chua-Go Is A Member Of