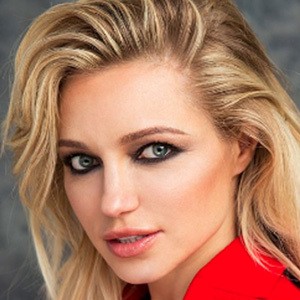 Europop music performer who achieved mainstream success with the release of her 2006 album Coffee and Chocolate. Her success in music led to her transitioning into a fruitful career in both film and television.

She released her debut studio album Who Was Right in 2000.

She was a celebrity contestant on Russia's Who Wants to be a Millionaire in 2017.

She gave birth to a son named Dmitriy Malikov.

Both she and fellow pop singer Misha Smirnov were born in Russia.

Inna Malikova Is A Member Of