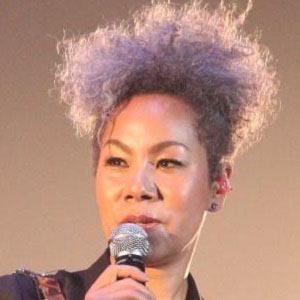 One of the most famous South Korean rhythm & blues singers, Insooni began her music career in the late 1970s as a member of a group called the Hee Sisters and went on to release numerous solo singles and albums. At one point in her career, she performed at New York's Carnegie Hall.

An occasional Christian music artist as well as an R&B singer, she recorded Korean-language versions of "How Great Thou Art" and "Amazing Grace."

A native of South Korea's Gyeonggi Province, she was born of South Korean maternal heritage and African-American paternal descent. Her daughter, Saein, was born in the early 1990s.

She and Bobby Kim are both well known South Korean R&B singers.

Insooni Is A Member Of