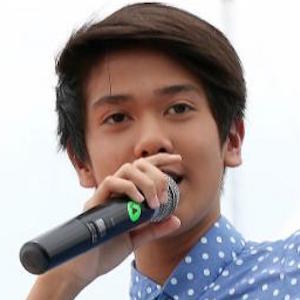 Indonesian singer and member of the boy band CJR who would later go on to star in the film titled Coboy Junior: The Movie. He has also appeared in films such as Five Eagles and There's Love In High School.

At its inception, CJR was called Coboy Junior; the name was changed in 2014. They released their first single, "You," in 2011.

He was born in Indonesia to parents Herry and Rike. He has a brother named Aldi and a sister named Fildza who is a dentist.

He appeared in the film There's Love In High School along with Tora Sudiro.

Iqbaal Dhiafakhri Ramadhan Is A Member Of