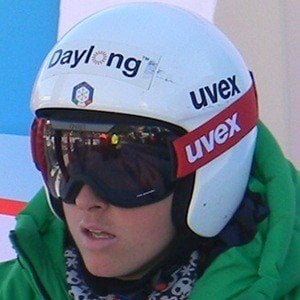 World Cup alpine ski racer who is recognized for competing in the giant slalom and slalom disciplines of the sport. From 2007-2017 she made a total of 23 top ten finishes and represented Italy in 4 World Championships.

In 2017, she took home a gold medal from the World Military Games in Sochi.

Her younger sister Elena Curtoni was also a professional skier.

She has competed against Mikaela Shiffrin in the Alpine Ski World Cup.

Irene Curtoni Is A Member Of