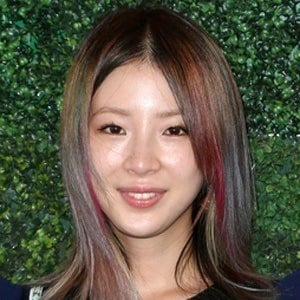 Represented by Society Model Management in the US and Esteem in Korea, this model and television personality became a global beauty contributor for Estee Lauder.

She studied textile design at the Fashion Institute of Technology in New York. She first made an impression on the American fashion scene when she appeared at the 2014 spring shoes in New York.

She completed a photo diary for Vogue. She landed a co-hosting job on K-Style for Mnet America and also hosted Korea's Style Live.

She was born in Seattle, Washington and moved to Seoul, South Korea during her middle school years.

Her career path has been compared to Alexa Chung.

Irene Kim Is A Member Of