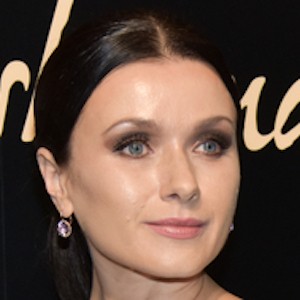 Ukrainian actress and former ballet dancer who is known for having performed as a member of the American Ballet Theater in New York. She is also known for having starred in the television series The Americans and the miniseries Flesh and Bone.

She has won several awards for her dancing including the Gold Medal and the Anna Pavolva Prize at the International Ballet Competition in Moscow in 1992.

She married Maxim Beloserkovsky and together they had a daughter named Emma in 2005.

She starred alongside Keri Russell and Matthew Rhys in the 2013 television series The Americans.

Irina Dvorovenko Is A Member Of