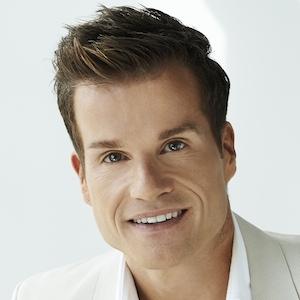 Three-time World Dance Champion and Emmy-nominated choreographer who is best known for his nine stunning turns on the smash hit TV show Dancing with the Stars. He continues to grow his highly popular dance fitness program, "LaBlast", which is spreading rapidly and available domestically and internationally.

He began dancing at 10 and entered competitions at 15. He stopped attending school at 16 to pursue dancing full-time.

He was born in Amsterdam and is an avid supporter of the LGBT community. His grandparents were competitive ballroom dancers. He married Josh Lancaster in 2017. In December 2019, they adopted their son Daniel. They later adopted a second son named Jonathan.

He was paired with Kendra Wilkinson during the 12th season of Dancing with the Stars.

Louis van Amstel Is A Member Of