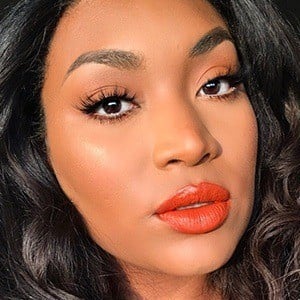 Panamanian freelance makeup artist, Instagram phenomenon and YouTuber who mixes in humor with her tutorials. She has over 700,000 Instagram followers and 1 million YouTube subscribers. She was number one in Cosmopolitan's 8 Best Latina Makeup Artists on Instagram for 2014.

She launched her Irishcel507 YouTube channel in October of 2008.

She was featured in a web series presented by Refinery29 called Naked Truths. She was called a top Latina beauty vlogger to follow by Latina Magazine.

She moved from Panama to the United States. She is an aunt.

She has collaborated with fellow beauty expert Raye Boyce.

Iris Beilin Is A Member Of