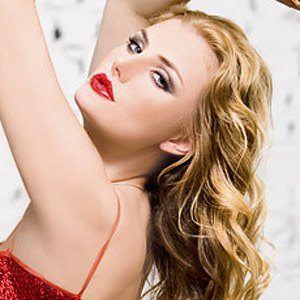 Russian pop singer/songwriter who rose to fame after competing on the talent show series Alla Pugacheva's Star Factory-5. In 2007, she hosted the Irson Jazz Show in Moscow, where she performed original songs and played the saxophone.

She became a member of the group Children of Vinyl at the age of 15.

In 2010, she founded her own production company known as Irson Productions.

She married her husband Aleksey Nusinov in 2009.

She collaborated with rapper Snoop Dogg on the 2009 single "Replay."