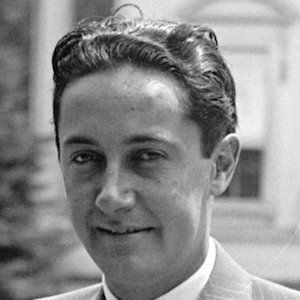 American film producer who worked during the early years of motion pictures.

He took a job as a secretary for Universal Pictures in New York and was moved up to a studio manager in Los Angeles.

He was born with a congenital heart disease that led to his death around the age of 30.

He married actress and together they had two children.

He collaborated with such legends as Greta Garbo.

Irving Thalberg Is A Member Of