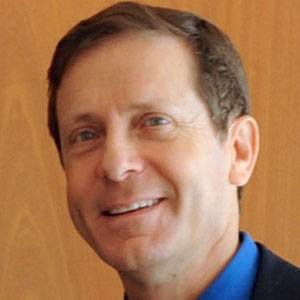 Israeli politician who became a member of the Knesset in 2003, serving as chairman of the Labor Party. In 2013, he became Leader of the Opposition in the Knesset.

He received his education from Tel Aviv University, then went to work for his father's law firm, Herzog, Fox & Ne'eman.

He has three children with his wife Michal. His father was the sixth president of Israel. He was raised with three siblings, Roni, Michael, and Yoel, and his mother's name is Aura.

He began working alongside Benjamin Netanyahu, who became Israel's Prime Minister for the second time in 2009.

Isaac Herzog Is A Member Of