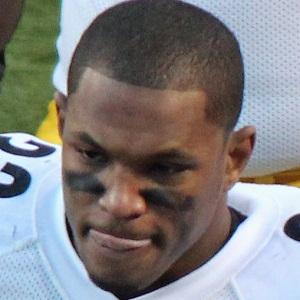 NFL running back who began his career with the Pittsburgh Steelers in 2009.

He earned a roster spot on the Pittsburgh Steelers despite being undrafted in the 2009 NFL Draft.

He was raised with a sister named Victoria Harvey.

He won an AFC Championship in 2010, largely due to the play of teammate Ben Roethlisberger.

Isaac Redman Is A Member Of