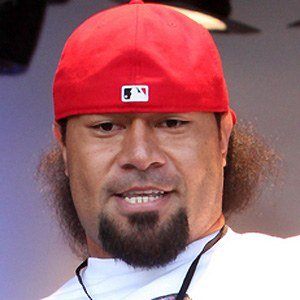 Nose tackle who was a 2012 NFC Champion with the San Francisco 49ers. He joined the Philadelphia Eagles in 2013.

He played three sports in high school and played college football for the University of Hawaii.

He was selected by the 49ers in the fourth round of the 2004 NFL Draft.

He was raised as one of nine children. His nephew is football player Penei Sewell.

He played under the leadership of linebacker Patrick Willis during his tenure with the San Francisco 49ers.

Isaac Sopoaga Is A Member Of