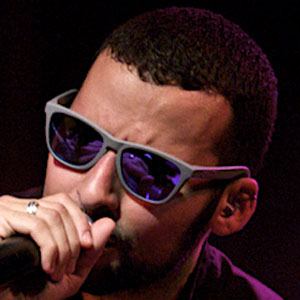 Danish rapper who rose to fame after joining the very popular hip-hop group Outlandish. With the group, he has recorded Platinum-selling albums like 2002's Bread & Barrels of Water and 2005's Closer Than Veins.

He studied mathematics at Odense University and was heavily influenced by American rap music.

He was an aspiring breakdancer before deciding to focus on music full-time.

His family is from the city of Nador in Morocco.

He and Outlandish performed with Sami Yousuf at the Concert for Peace in Darfur in 2007.

Isam Bachiri Is A Member Of