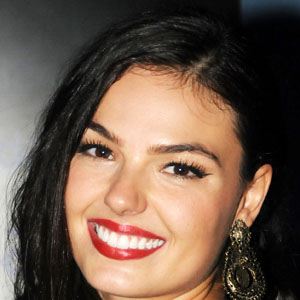 She made her soap opera debut in the 2006 series Sinha Moca.

She was raised in Aiuruoca and Belo Horizonte, Brazil, and she later studied acting in Rio de Janeiro.

She and Camila Pitanga both became famous for their roles on Brazilian telenovelas.

Isis Valverde Is A Member Of