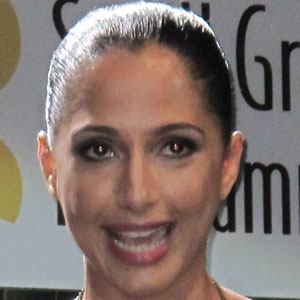 Brazilian actress who played the role of Rose in Cama de Gato, a popular telenovela.

She made her on-screen debut in the 1984 film Quilombo.

She worked briefly as a fashion model.

Her parents, Vera Manhães and Antônio Pitanga, were also actors. Pitanga gave birth to a child in May 2008.

She and Rodrigo Santoro voiced lead characters in the 2013 animated feature Rio 2096: A Story of Love and Fury.

Camila Pitanga Is A Member Of