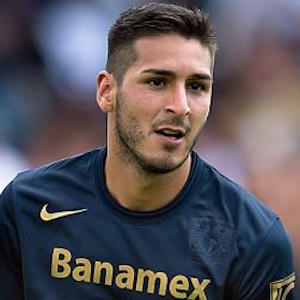 Argentine striker who won the Clausura 2010 with Argentinos Juniors. He has also played for clubs like Club Universidad Nacional in Liga MX and began representing Argentina internationally at the South American Youth Championship.

He rose through the youth ranks of Club Atletico Independiente before making his senior debut with the club in 2005.

With 9 goals scored, he was the top scorer for Argentinos Juniors at the Clausura 2010.

He has been teammates with Paraguayan striker Dante Lopez at Club Universidad Nacional.

Ismael Sosa Is A Member Of