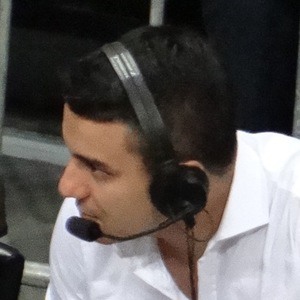 Sports journalist who is known for working as the host of NTV Sports. His works have been published in several press outlets such as Fanatic Basket, 6th Man, and SLAM Magazine. He specializes in basketball and football.

His passion for sports came early on when he began playing football at a young age. Knowing he lacked what it took to become professional, he started studying the academic side of the sport and began writing about it as well. He studied Sports Administration at Cakabey College.

While he was studying at Yeditepe University, he won a competition on fans.com where he wrote an article about basketball. Upon winning, he was picked up to write articles for several different magazines.

He was born and raised in Karsiyaka, Izmir, Turkey.

He met Michael Jordan at the 1992 Olympic Games which continued to inspire him to pursue a career in sports journalism.

ismail senol Is A Member Of