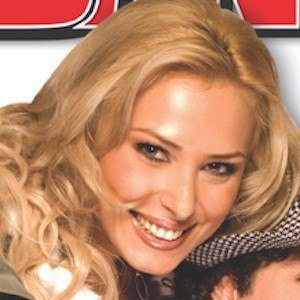 Television host and presenter best known for her work with PRO TV. She is most well-recognized as a co-host on the Romanian series Dansez Pentru Tine alongside Stefan Banica Jr.

She began her career at the age of fifteen in the modeling scene. She also went on to earn the title of Miss Romania.

She made her acting debut in a 2011 production of Lautrec. The show went on to appear at the International Theatre Festival.

She has gained significant attention for her romantic relationship with Bollywood actor Salman Khan.

She appeared in the 2008 American film Bunraku alongside Demi Moore and Josh Hartnett.

Iulia Vântur Is A Member Of