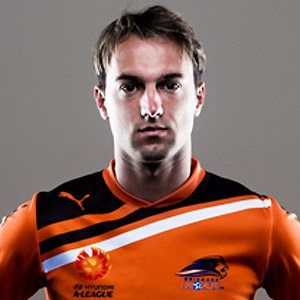 Soccer player for the Australian A-League best known for his time with teams like the Melbourne Knights and the Brisbane Roar. He was named to the A-League All-Star Team for the 2010-11 season.

He was born in Melbourne and played junior soccer for the Meadow Park Eagles.

He won three A-League Championships in four seasons with the Brisbane Broncos.

His father and grandfather were both carpenters.

He and Tim Cahill both represented Australia at the 2014 FIFA World Cup.

Ivan Franjic Is A Member Of