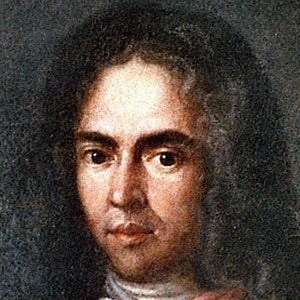 Early seventeenth-century Croatian poet known for a religious work entitled Tears of the Prodigal Son and for an epic poem called "Osman." He also wrote a 1628 pastoral play entitled Dubravka.

He was the son of a Ragusan senator and received a superb early education in philosophy and the humanities.

His famous line, “Oh beautiful, oh precious, oh sweet Liberty," was recited by the musician Bono at a 1995 charity concert for Bosnian and Herzegovenan children.

He raised two daughters and three sons with his wife Nicoleta Sorkocevic.

He, like Italian sculptor Alessandro Algardi, was associated with the Baroque period in art, literature, and music.

Ivan Gundulic Is A Member Of