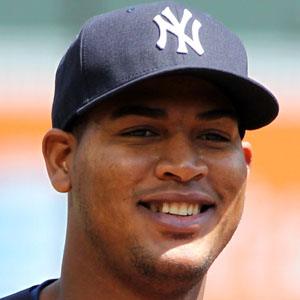 Starting MLB pitcher who made his debut with the New York Yankees in 2010.

He worked at his father's restaurant as a child.

He set the Yankees rookie record with 15 consecutive wins.

He grew up sharing a bed with his four siblings. He married model .

He fell one win short of breaking Roger Clemens' franchise record for consecutive wins in 2012.

Ivan Nova Is A Member Of