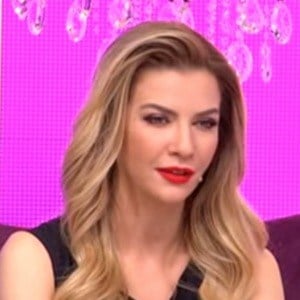 Serbian socialite and television personality known for her appearances on reality shows like Bugun Ne Giysem? and the Turkish version of Dancing With the Stars. She is also the author of books like 2012's Bizimlesin.

She was a ballet dancer as a teenager.

She won the title of Miss Belgrade in 1999 and later competed in the Miss Yugoslavia pageant.

She married Yurdal Sert in 2004 and has a child named Kayon Ates Sert. She and Yurdal separated in 2013.

She competed on the Turkish veresion of Dancing of the Stars, which has been won by model Azra Akin.

Ivana Sert Is A Member Of