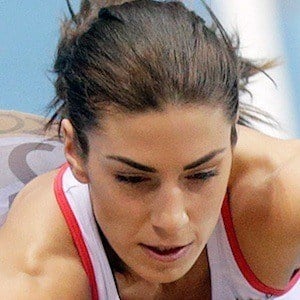 She started competing internationally in 2005. She won the World Junior Championships in 2008, earning her the honor of Serbia's Best Young Athlete that year.

She represented her country at the 2008 and 2012 Olympic Games. She was named Sportswoman of the Year by the Olympic Committee of Serbia in 2013 and 2015.

She was born to Ljubisa and Vesna Spanovic and has a brother named Nemanja.

Brittney Reese won gold in long jump at the 2012 Olympics.

Ivana Spanovic Is A Member Of