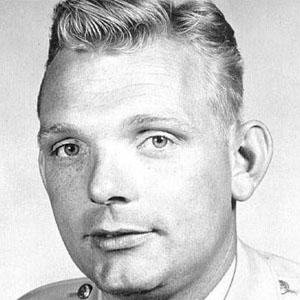 Test pilot-turned-Korean War flying ace who was awarded the Silver Star and the Distinguished Flying Cross.

He was a member of the ROTC when, in the summer of 1948, he got to meet Chuck Yeager and sit in the cockpit of the plane that Yeager had flown while breaking the sound barrier.

He earned the Silver Star and was promoted to the rank of Captain as a result of his courageous actions during the Korean War. At the end of the war, he retired from the military but continued to fly test planes.

He grew up in Cassopolis, Michigan.

He and Jay Zeamer were well-known ace pilots.

Iven Carl Kincheloe Jr. Is A Member Of