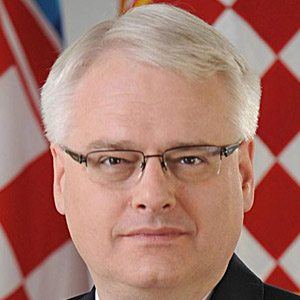 Identifying at different points in his career as a member of the League of Communists of Yugoslavia; a Social Democratic Party politician; and a political Independent, he began serving in 2010 as President of Croatia.

After graduating from law school at the University of Zagreb, he earned additional advanced degrees in criminal law and science.

During his presidential campaign, he allied himself with the "New Justice" (Nova Pravednost) movement, which supported LGBT equality and all other forms of human rights.

His marriage to law professor Tatjana Klepac resulted in a daughter named Lana.

He succeeded Stjepan Mesic as President of Croatia.

Ivo Josipovic Is A Member Of