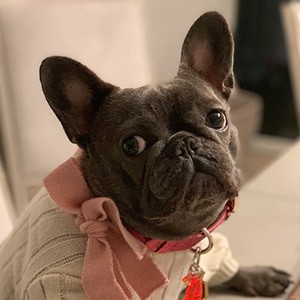 French Bulldog who is known for hosting the popular blog Pawshion Police. She is also known for sharing a variety of outfits and funny photos through her Instagram for her over 950,000 followers.

She first started sharing photos through Instagram in April of 2017. She gained national attention in December of 2018 when she was profiled for Paper Magazine.

She has been featured on the Today Show, in People Magazine, and in Buzzfeed.

She is originally from New York City, New York.

She posted a photo with country singer William Lee Golden to her Instagram in May of 2018.

Izzy The Frenchie Is A Member Of