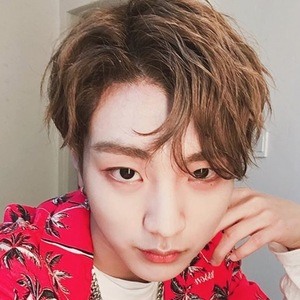 Lead rapper for the all-male K-pop group B.I.G that debuted in 2014 with a single called "Hello."

He trained at the Plug In Music Academy with other B.I.G members Gunmin and Minpyo.

He participated in the survival reality show The Unit. He ranked number 2 for the rap battle for one episode of the show.

He has both a younger brother and younger sister. His birth name is Yoo Hee-do.

He and fellow B.I.G member J-Hoon each earned a role in a web drama called Idol Protect the World.

Hee Do Is A Member Of