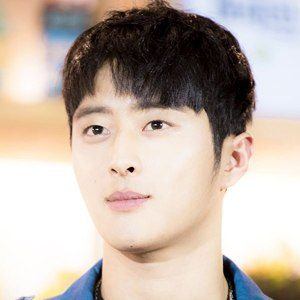 One member of the four piece K-pop group K.A.R.D. The group debuted in December of 2016 with the track "Oh NaNa." They followed up shortly after with the single "Don't Recall."

His earliest appearances were in 2013 music videos for the K-pop band Rainbow. He appeared in both "Tell Me Tell Me" and "Sunshine."

He is the eldest member of K.A.R.D.

His real name is Kim Tae-hyung. He was born in Chungju, Chungcheongbuk-do, South Korea.

The other members of K.A.R.D include Jeon Jiwoo, Jeon Somin, and B.M.

J.Seph Is A Member Of