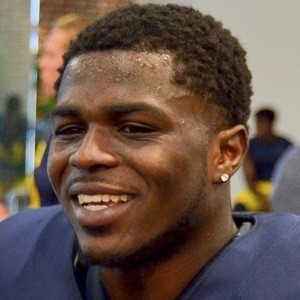 Defensive back who was selected 25th overall in the 2017 NFL Draft by the Cleveland Browns after a standout three-year career at the University of Michigan where he earned several defensive accolades and was a Unanimous All-American in 2016.

A track standout as well, he set a New Jersey Non-Public Class A outdoor 100-meter dash record at 10.77 seconds. He was named one of the top recruits in the 2014 high school class by ESPN, Rivals.com, Sports Illustrated and multiple other sources.

He was born in Montclair, New Jersey to parents Ivory Bryant and Terry Peppers.

Jabrill Peppers Is A Member Of