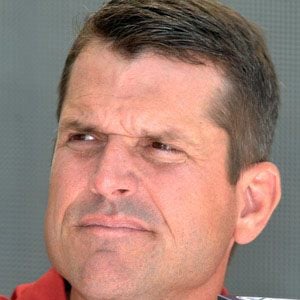 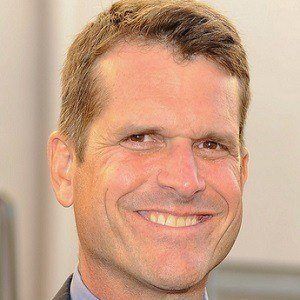 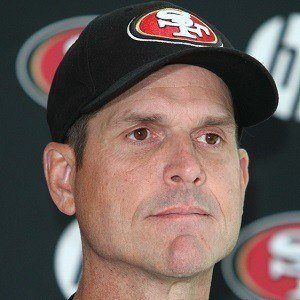 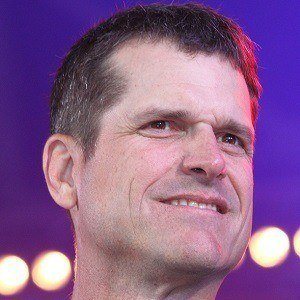 Football coach and former quarterback who took over the University of Michigan's football team prior to the 2015 season. He served as head coach of the San Francisco 49ers from 2011 to 2014, leading the team to Super Bowl XLVII, where they were defeated by the Baltimore Ravens, coached by his older brother John Harbaugh.

During his senior season with the University of Michigan in 1986, he won the Rose Bowl and finished third in the Heisman voting. He played 14 years in the NFL and made the 1995 Pro Bowl.

He received his first coaching job as an unpaid assistant with Western Kentucky in 1994. He was the head coach at Stanford University from 2007 to 2010.

His father Jack Harbaugh was a defensive back and quarterback who also coached football at the collegiate level. He was married to Miah Harbaugh from 1996 to 2006, then married Sarah Feuerborn Harbaugh in 2008. He has three daughters, Katherine, Grace and Addison, and three sons, James, Jay, and Jack.

During his time at Stanford, he developed a rivalry with then-USC coach Pete Carroll, a rivalry that continued in the NFL when Harbaugh was with the 49ers and Carroll coached the Seattle Seahawks.

Jim Harbaugh Is A Member Of