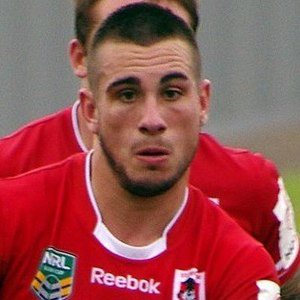 Australian professional rugby player who is predominantly known for playing the center, five-eighth, and fullback positions for the Cronulla-Sutherland Sharks. As of April 20, 2017 he had scored a total of 60 career goals for the Sharks.

He played for the St George Illawarra Dragons' National Youth Competition team in 2013.

In 2017 it was announced that he had signed a three year contract with the Brisbane Broncos beginning in 2018.

Both he and Paul Gallen played for the Cronulla-Sutherland Sharks.

Jack Bird Is A Member Of