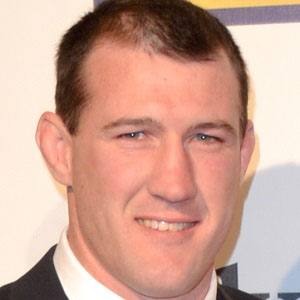 Rugby league footballer who led Australia to a Rugby League World Cup Championship in 2013. He is also a Heavyweight boxer who made his professional debut in February 2014.

He played in S.G. Ball Cup while in the youth system of the Parramatta Eels.

He was named the NRL's Lock Forward of the Year at the Dally M Awards in 2012.

He married a woman named Anne and has children named Cody and Charly.

He won the 2013 Rugby League World Cup with the help of Australian team captain Cameron Smith.

Paul Gallen Is A Member Of