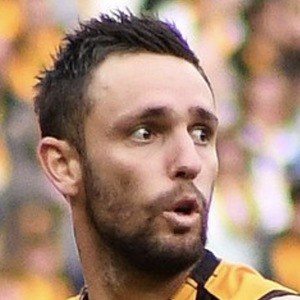 Australian rules footballer who won the 2013 and 2014 AFL Premiership with the Hawthorn Football Club. In 2012, he was named the team's Best First Year Player.

He played for the Sandringham Dragons in TAC Cup before being drafted by Adelaide in 2009.

He finished second to Hawthorn teammate Brian Lake in the Norm Smith Medal voting in 2013.

His father Ray served as the CEO of the Essendon Football Club.

Jack Gunston Is A Member Of