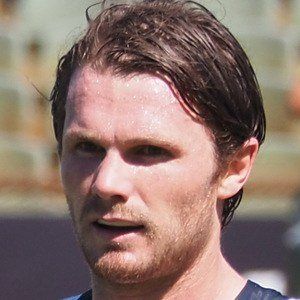 Australian rules footballer who's played for the Geelong Cats and was the winner of the 2016 Brownlow Medal. He has also played in the All-Australian Team since 2012.

He was the first pick of Adelaide in the 2007 AFL Draft and stayed with them until 2015.

He was an AFL Rising Star nominee in 2009. In July 2014, he set an AFL Premiership match record by collecting 41 possessions.

He married Mardi Harwood in January of 2016. He has a sister named Bethany.

He has been teammates with Taylor Walker in Adelaide.

Patrick Dangerfield Is A Member Of